We now have a new Pepper range and some gift packs of gourmet salts & peppers. Check it out!! Please note there are still some shipping delays due to Australia Post and couriers being overloaded.

How To Use Salt

One of the best things about salt is that there are infinite ways of using salt – in cooking, grilling, BBQing, baking, curing and finishing to name but a few.

We think the best way to consume salt is to stop buying processed, pre-salted food and to cook from scratch (it doesn’t have to be elaborate) and then use good quality salt as it should be used – to add flavour.

Best of all (we think), is when you use salts for finishing … right at the end of cooking. There is nothing better than some truffle salt added to cooked mashed potato, smoked salts sprinkled over cooked salmon or wild porcini salt on a BBQ’d steak. In fact, once you start you probably won’t stop dreaming up the endless flavour combinations.

Mark Bitterman (a guru on salt) says that salt is a strategic ingredient and should be used as such. He says there are five rules of strategic salting, which we like to stick to.

A note on salt grinders

We love a good salt grinder. But we love a salt tray too and often a good old fashioned pinch, straight out of a beautiful salt tray is all you need.

Confused? Don’t be. It is pretty straightforward stuff, we promise. Salts that can be crunched, by that we mean coarse salts and rock salts, are the best salts to put in a grinder e.g. Pink Himalayan salt or Hawaiian Black Lava (coarse) or our African Pearl salt. When buying a salt grinder, make sure you get one that has a ceramic mechanism, not an aluminium one. Rusty grinders are no one’s favourite.

Flavoured salts and salts that have more moisture (most of our range) are best used straight from a salt tray or salt holder. They don’t work very well in a grinder as they are too moist. And plus, their true beauty is revealed when we get to see, smell and pinch them. And for those germ phobes out there … don’t worry bacteria has a hard time growing in salt.

Given the stunning salt holders on the market (check out our range) this is a beautiful way of sprucing up your dining table, or adding a touch of class to your next dinner party, and displaying your beautiful salt, of course.

What does Salt do to food?

Salt is pretty clever. It enhances the flavour of meat, brings out the taste of vegetables, puts “oomph” into bland starches, deepens the flavour of desserts, and develops the flavour of fruit. No other seasoning has yet been found that can take the place of salt.

One of the greatest chefs of all time, Ferran Adria (who was head chef of the famous elBulli restaurant in Spain) said that salt is “the only product that changes cuisine”. Why? Because sodium chloride not only adds saltiness which human beings innately crave (we are not joking when we say some people have a ‘salt tooth’), but it also skews the flavour in a good way. It makes food sing by doing some super clever things. Salt can …

Pretty awesome, hey? We told you salt is more than just salt …

Salt is the world’s most essential mineral and is critical to human survival – we need salt in our diet (we just don’t need too much of it). The average adult should consume a teaspoon of salt a day to function. 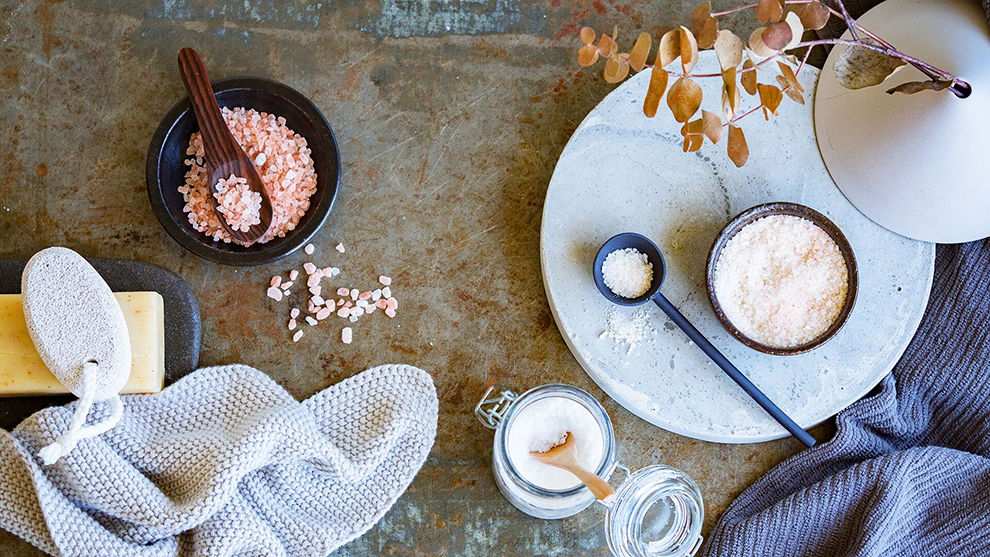 Salt often gets a bad rap when it comes to our health, bit in fact, it's crucial for our survival and is an important dietary element. But it doesn't stop there, salt is also highly beneficial for our skin, and can be used around the house in a number of ways.

Sodium is vital for maintaining fluid balance and cardiovascular function, and it also plays an important role in nerve transmission, digestion of food and the destruction of food-borne pathogens in the stomach. Clinical studies have also found there is a correlation between salt and mood – an unresolved sodium appetite can induce behaviour characteristics that are similar to psychological depression.

So, salt is a big deal for humans. If a true sodium deficiency occurs, the effects may include brain-swelling, coma and heart failure. Although extremely unlikely that this would happen, it is pretty important not to ignore salt.

At The Salt Box, we get a little bit grumpy that salt has consistently been blamed for a variety of serious health conditions plaguing our country, such as heart disease, stroke and hypertension. And it is true that people who have diets with lots of processed food do consume well above the standard recommendations for sodium. However, the root cause of this is not salt – it is the way people are using salt.

There are many ways that natural salts can be implemented into your health and beauty regime. Whether it’s soaking in a warm, aromatic Himalayan pink salt bath, wrapping an Epsom salt infused washcloth around sprain, strain or sore muscle, or adding Dead Sea salts to your favourite face oil or balm for a refreshing and cleansing face scrub, the restorative qualities of natural salt are truly magnificent.

Natural salts can be used around the house in a number of ways. Epsom salts in particular are extraordinarily useful for a range of indoor and outdoor applications, for example:

• Use it to remove gunk build-up in your washing machine

• Fertilise your plants, flowers and vegetables (magnesium and sulfate are great for producing the primary nutrients needed for plants to survive)

• Use it as a natural insecticide to get rid of pests

The History of Salt

It is fair to say that our biological dependence on salt has shaped our history. Wars have been waged and cities built and destroyed near its veins and waters. The Roman armies were paid in salt (where the word “salary” was derived from) and it was the Basques’ discovery in the 11th century that salt-cured cod lasted longer, which allowed them to sail further from port to discover new lands.

Salt was in general use long before the beginning of recorded history and formed the backbones of early economies in Egypt, Greece, China and Rome. The Romans were the ones who were able to truly exploit the processing of salt and the subsequent trade in a worldwide network.

In Medieval Europe salt was also of significance – Venice rose to economic greatness through its salt monopoly. Indeed, most European countries have at some stage relied on salt – the production of salt gave rise to new cities and the construction of roads – for example Salzburg which is literally ‘the city of salt’. Salt even played a role in the American Revolution – part of the British strategy was to deny the American rebels access to salt.

In addition to building nations, salt has also played a role in:

The history of salt is unique and extensive. It is fair to say that the humble grain of salt has left its indelible mark across the globe and has profoundly affected human life.